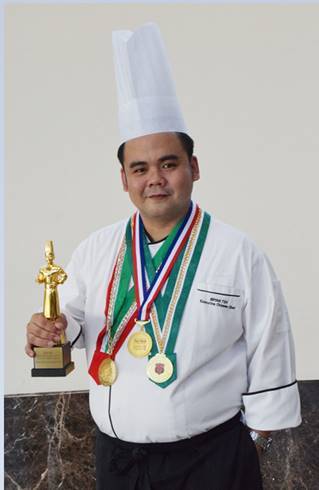 And at the 2019 Malaysia World Elite Chefs Championship, Chef Bryan’s unique dish was also adjudged the winning entry and clinched the Gold with Distinction Award.

Local food aficionados will now have the opportunity to indulge in these two award winning dishes as well as some of Chef Bryan’s personal favourites at Dorsett Grand Subang’s Chinese Restaurant, The Emperor for lunch or dinner with advanced order.   Available till end of the year, the award-winning dishes are (葡萄香煎西冷牛肉) Wok-fried Ribeye Beef with Grape Sauce and (南陽風味煎讓雞翅)Deep-fried Chicken Wing Stuffed with Otak-Otak.

Besides the award-winning dishes, The Emperor Chinese Restaurant will also be featuring some of Chef Bryan’s specialities, each prepared using the freshest of available ingredients to ensure the best Eat! Live! and Inspire! dining experience.  Some of Chef Bryan’s personal favourites are (海浪油泡桂花魚) Oil Poached Pear Grouper Fish with Superior Soya Sauce; 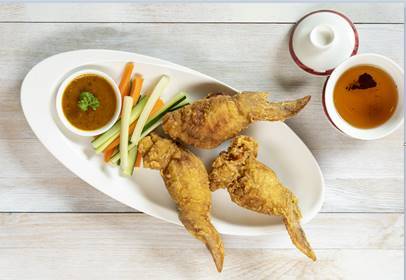 This year, La Cuisine was held from 14-16 May at Shanghai New International Expo Centre (Hall N4) which recorded participation of 24 well-reputed international and domestic chefs.

La Cuisine is endorsed by World Association of Chefs Societies (WACS) and organised 8 teams from Beijing, An'hui, Shanghai, Hong Kong SAR, Shenzhen, Japan, Malaysia and Italy to compete for the championship. Each team comprised of 3 highly-skilled chefs who were required to complete themed dishes on-site.

The 12th edition of the La Cuisine competition is part of the SIAL exhibition in Shanghai and is Asia’s largest and 4th biggest food innovation exhibition in the world.  The event was first incorporated in 1964 in Paris, the world capital of gastronomy.

The Emperor, Dorsett Grand Subang’s 5-star Muslim-friendly Chinese restaurant is open daily for lunch from 12 noon to 2.30 pm (Mondays to Saturdays) and for dinner from 6.00 pm to 10.00 pm, daily.  On Sundays and public holidays, the restaurant is open from 10.00 am to 2.30 pm with the Dim Sum brunch featuring the best handcrafted dim sum at only RM88 nett per person; 50% off for senior citizens and children between the ages of 6-12 years old.