The mere mention of the Tower of London, Westminster Abbey, Big Ben, the Shard to Tate Modern, one cannot but associate these instantly recognizable landmarks to one of the world’s most visited cities, London. A city that is deeply multicultural, London remains one of the world's most cosmopolitan cities, and diversity infuses daily life, food, music and fashion. 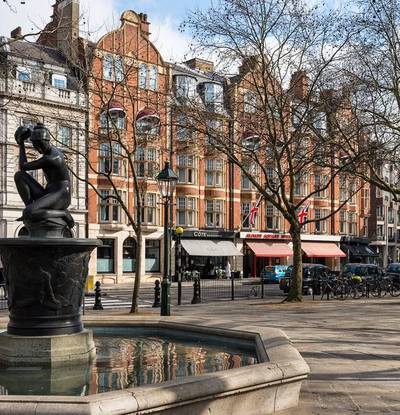 Sloane Square is a small hard-landscaped square on the boundaries of the central London districts of Knightsbridge, Belgravia and Chelsea, located 2.1 miles (3.4 km) southwest of Charing Cross, in the Royal Borough of Kensington and Chelsea.  The square was formerly known as 'Hans Town', laid out in 1771 to a plan of by Henry Holland Snr. and Henry Holland Jnr. Both the square and Hans Town were named after Sir Hans Sloane (1660–1753).  The square has two notable buildings. Peter Jones department store designed by Reginald Uren of the firm Slater Moberly and Uren in 1936 and now a Grade II* listed building.  The other is the Royal Court Theatre first opened in 1888 which was important for avant-garde theatre in the 1960s and 1970s.  Do check out the Venus Fountain in the centre of the square which was constructed in 1953, designed by sculptor Gilbert Ledward.  And if you happen to be at Sloan Square on a Sunday, the renowned Sunday Roast is not to be missed.  Available at most places in Sloan Square. 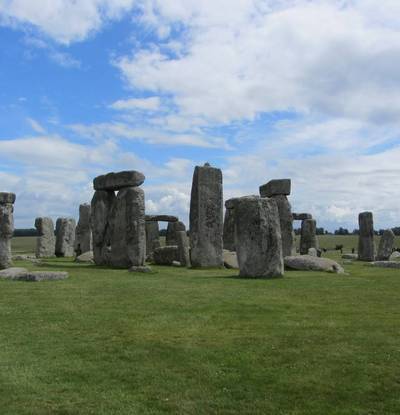 For a bit of out-of-London exploration, take a day trip to explore the wonders of the Stonehenge, the majestic Windsor Castle and the beautiful Georgian city of Bath.

Home of the British Royal Family for 900 years and the 2018 Royal wedding, Windsor Castle is the world’s largest and oldest occupied castle and one of England’s finest.  Wander through the lavishly-decorated State Apartments and St George’s Chapel and discover the intriguing history and heritage.  Continue onwards to Stonehenge and join millions of visitors from around the world who has been here to marvel at the mysterious collection of megaliths. The stopover at Bath will transport you back to the elegant architecture of the Georgians.  Considered as one of England’s prettiest cities and the only UK city designated a UNESCO World Heritage Site, the key attraction for visitors to Bath are the Roman Baths, the best preserved Roman spa from the ancient world dating back to AD43 and the Georgian Bath.

If food and retail therapy is what you need, Bath is the right place to be.  Indulge your senses with the multitude of food from satisfying street food right up to Michelin-starred gourmet specialties, chill out at the many pubs and cafes around the city and check out the many chic bespoke stores to renowned brands of course.  And don’t leave Bath of course without a pampering time in natural hot springs. 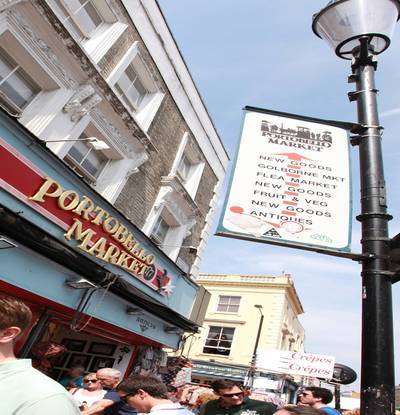 Experience the real London shopping at Portobello & Golborne Market.  Friday is the best day to visit Portobello market – it's far quieter than Saturday.  You’ll find a treasure trove of bargains with sellers from every corner of the world.

From the best vintage and indie fashion buys and thrift purchases, antique and bric-a-brac stalls and shops offering a superb selection of fashion, crafts, books and music; and plenty of delicious street food.

Probably the world’s best known street market with a history stretching back over 150 years,  the market stalls stretch a mile along Portobello Road and round the corner into Golborne Road on Fridays and Saturdays.   Sunday is another busy day and there are stalls and shops open every day of the week except Thursday afternoons when shops are open but there are no stalls trading.

In Portobello Road from Notting Hill to the Westway, most shops and cafes open seven days a week. Shops normally open at around 10:00a.m. Monday to Saturday, later on Sundays. Coffee shops usually open earlier, many at around 7am for breakfast. 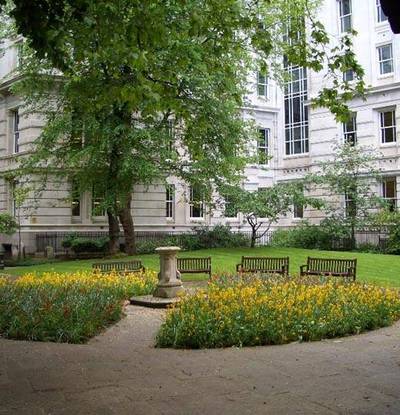 A short distance north of St Paul’s Cathedral lies a park known as Postman’s Park.  Opened in 1880, the park became the location for George Frederic Watt’s Memorial to Heroic Self Sacrifice in 1900, a memorial to ordinary people who died while saving the lives of others and who might otherwise be forgotten.    Nestled beneath a tiled roof are just over 50 ceramic plaques, commemorating individuals, men, women and children, each of whom lost their life while attempting to save another. In November 2013 a free mobile app, The Everyday Heroes of Postman’s Park, was launched which documents the lives and deaths of those commemorated on the memorial.  In 2015, The Friends of the Watts Memorial was established with the primary aims of protecting, preserving and promoting the Watts Memorial to Heroic Self-Sacrifice in Postman’s Park London and, ultimately, to work towards completing it in full as its creator, the artist George Frederic Watts originally intended. Run entirely by volunteers and governed by a constitution, The Friends, a non-profit organization promotes and publicizes the memorial, through planning and staging events to raise its profile and increase public engagement and knowledge about Postman’s Park. 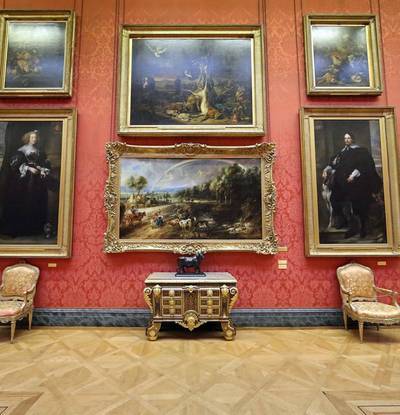 For art enthusiasts, the Wallace Collection is a place that cannot be missed. Just a few stones’ throw away from Bond Street behind Selfridges, this hidden gem is a stunning 18th century architecture building with an impressive central staircase, housing an equally impressive collection of painting (including plenty of Canaletto's paintings and Frans Hals’ ‘The Laughing Cavalier’ and Fragonard’s hilariously saucy ‘The Swing’ ), French furniture and armoury from the 1700s and 1800s across its 25 galleries.

The house actually belongs to the Marquesses of Hertford and Sir Richard Wallace and has been open to the public since 1900.  The Wallace Collection has a permanent area where children can try on armour and also holds frequent temporary exhibitions. Regular events include the chance for children to explore the Wallace Collection and take part in artist-led workshops. 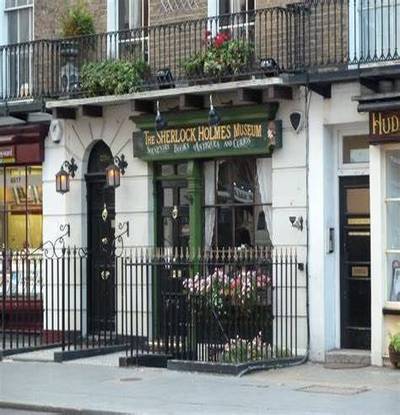 The House of Sherlock Holmes

Drop by the world's most famous address - 221b Baker Street and go back in time to the world of Sherlock Holmes and Doctor John H. Watson.  According to the stories written by Sir Arthur Conan Doyle, Sherlock Holmes lives here between 1881-1904.

But do you know that owing to traffic congestion, The House of Sherlock Holmes is not on Baker Street where scenes for Sherlock were filmed? In fact, 221B Baker Street is actually 187 North Gower Street – a small side road just off the Euston Road in northern London. Fans of Sherlock know that Speedy’s Cafe lies underneath the flats where Holmes Watson, and Mrs. Hudson live;  and that the Café actually exists in London.  Visitors can pop by the Café for a coffee or tea fix; and even take a meal where Holmes and Watson sat in the filming of ‘A Scandal in Belgravia’.

So, let’s play a bit of detective work, shall we? 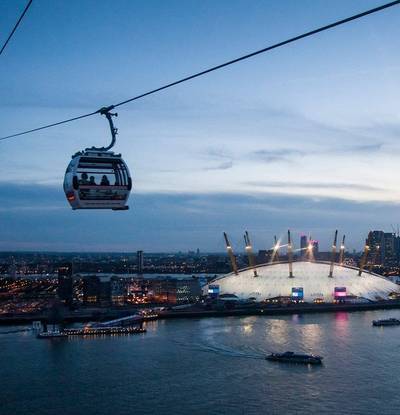 If you’re after a unique view across the city but wanting to stay away from the mass crowd in line for the London Eye or The Shard, then take advantage of UK’s first urban cable car, The Emirates Air Line that links across the River Thames.  Built by Doppelmayr with sponsorship from the airline Emirates, the service opened on 28 June 2012 and is operated by Transport for London.  The ride offers a good sky-high view of London from the east, linking North Greenwich (near The O2) to Royal Victoria on the north bank.  With the ability to carry up to 2,500 people per hour in each direction (the equivalent of 30 buses) over the 1.1km street of river, the Emirates Air Line offers passengers fantastic views of the City, Canary Wharf, the Thames Barrier and the Olympic Park.  In summer, ‘Night Flights’ are available with a longer journey time, audio/visual entertainment and the opportunity to take in the breath-taking sights of London after-dark. 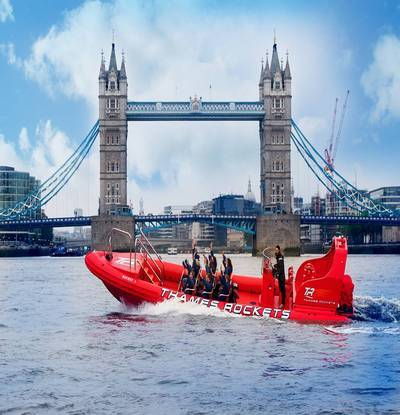 Fancy a neck-breaking sightseeing experience?  Let’s get on to the river and get on a speedy romp in a RIB (rigid inflatable boat).  RIB are normally the vessel of choice for Police and Special Forces around the World; and are designed and built to be used in the most extreme conditions and remain safe and stable in all weathers!  The tour starts off as a regular river tour from the London Eye Millennium Pier and picks up speed once the boat passes Tower Bridge, scooting all the way down to Docklands.  Soak up the unparalleled views of top city attractions including Big Ben, the London Eye and St Paul’s Cathedral. Make it a point to arrive 20 minutes ahead of the booked ride to be fitted out with a waterproof jacket, a life jacket and google-style visors.  Be thrilled as your boat speeds down the river, performing break-neck turns, wave jumps and figures of eight, then turns around by Canary Wharf and speeds back to base. An exhilarating way to discover the Thames at almost 30 knots, leaving the lumbering traditional river cruisers far behind.

With passenger numbers limited to a maximum of 12 passengers per boat, a journey with RIB allows a more bespoke experience of London and the River Thames. 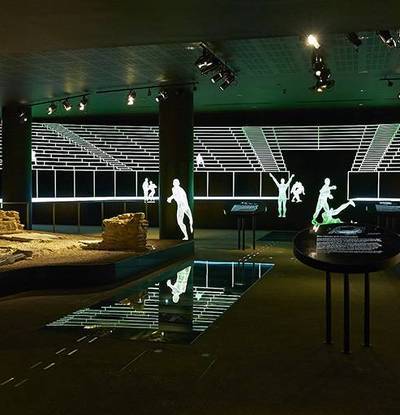 Are you aware that there are still traces of Roman-era Londinium to be found in London?  No?  Well, when you are in London next, make it a point to visit some of these places.  In fact if you would like to know what the capital was like in the days when it was ruled by Roman governors, head to the basement of the Guildhall Art Gallery. Here, you'll find one of the many surprises that London holds: an amphitheatre. Rediscovered in 1988 hidden beneath Guildhall Yard, the amphitheatre was found within the old Roman city walls, whereas the majority of ancient amphitheatres were located on the outside. The Amphitheatre was build in AD80 as a simple wooden structure and underwent a massive makeover in the early second century with an increased capacity of up to 6000 people.  The arena was used for public events, animal fighting, public executions and of course, gladiatorial combat.  The amphitheatre was dismantled in the fourth century after Romans abandoned Britain and much of the original materials were reused as building materials.  What was left laid in ruins for hundreds of years until the 11th century when reoccupation of the area took place.  Over time, an institution that Londoners are now most familiar with; the first ever Guildhall was built.  The remains were discovered during the redevelopment of the Guildhall Art Gallery in 1985 and offer a fascinating insight into the bloody and barbaric theatre of Roman London. To reach the remains you will have to buy a ticket to the Guildhall Art Gallery, where entrance to the amphitheatre’s remains is included in the price.

The former BB Bakery in Covent Garden has had a makeover and now goes by the name Brigit's Bakery. Initially set up by Brigitte Bloch and her son Cedric, the pretty patisserie is now accompanied by a London afternoon tea bus tour, which visitors can take around London sights on a vintage 1960 Routemaster, as well as an afternoon tea tour on the Thames aboard an Edwardian boat.  The tour goes round Big Ben, The Houses of Parliament, Westminster Abbey, St James’s Park, Hyde Park, The Royal Albert Hall, Marble Arch, Nelson’s Column, Downing Street and more; lasting approximately 1 hour and 30 minutes.

Along the way, tuck into a delicious afternoon spread or opt for the champagne tete-a-tete, as well as the classic char or indulge in a spread of sandwiches, savouries, scones and French cakes and tarts. Gluten-free, Halal and veggie options are available too.

For an afternoon tea tour with a difference, book yourself for the Gin Lovers Afternoon Tea or take in London by night with the soon-to-be launched London Night Bus Tour.