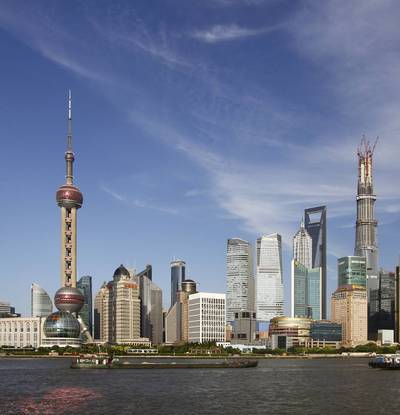 Named after Lu Shen, a famous academic from the Ming dynasty, Lujiazui was little more than farmland and warehouses in the early 1990s. Today, Lujiazui is Shanghai’s glitzy financial district, home to the city’s most iconic skyscrapers like the Shanghai Tower withits lofty observation deck and the needle-like Oriental Pearl TV Tower, home to the Shanghai Municipal History Museum.   Exit the metro stop and you will be transported to an urban jungle that forms the pulse of modern day Shanghai.  Whether you choose to walk around the elevated skyway or check out one of the rooftop bars, Lujiazui noted for its pulsating nightlife, fine dining and sophisticated lifestyle will be an experience you won’t soon forget. 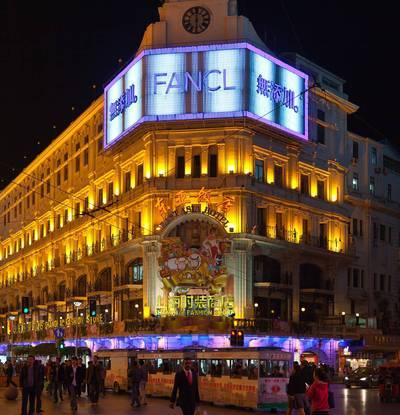 Shanghai is not known as ‘The Paris of the Orient’ for nothing.  Don’t miss out on a trip to Nanjing Road as it is THE place to indulge in localised street foods alongside specialty eateries; local shopping or just browse through the many local knick-knacks and of course, some of the world’s renowned brands are also available.

Reputedly the ‘No. 1 commercial street of China’, this is the MUST be place for tourists. If time is not on your side, just a short trip to Hunaghe Road and Henan Zhong Road will still set your adrenalin soaring.  Shanghai’s No. 1 department store, Hualian Shopping and others are located along this belt. Most shops open from 9:00a.m. – 9:00p.m. 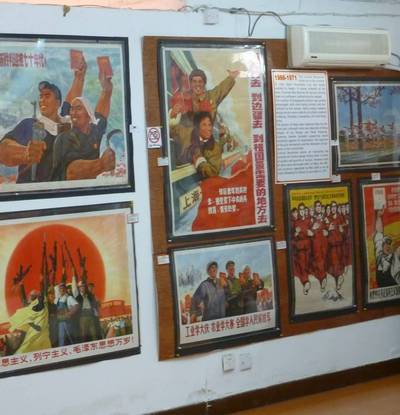 The Propaganda Poster Art Centre is an art museum for people who don’t care for art and a history museum for people who don’t like history museums. Tucked away in the basement of a nameless apartment building, the centre features over 6,000 collections of original propaganda posters from the 1940s to 1990s; and belongs to Mr Yang Peiming who started collecting the posters as a hobby.  The posters are filled with pictures of joyful soldiers, chubby children and happy ruddy-faced peasants in the field with an abundance of food in their baskets. Naturally, Chairman Mao’s apple cheeked face which every household would hang on their house wall gazes down from every wall.

Don’t forget to pick up a gift or two at the end of the 1-2 hour tour at the little museum gift shop. 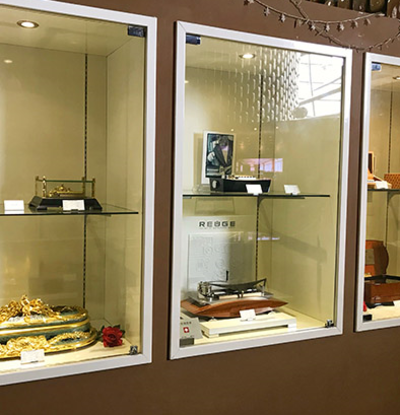 An unexpected find within the Oriental Arts Museum, it is a fascinating display of the art and history of music boxes in Europe and the only exhibition of its kind in China.

There are over 200 exhibits, displaying the mechanical and technical wizardry so loved in Europe during the last few centuries. The ‘boxes’ are in fact everything from birds in cages to some really unexpected ways of triggering the music, dancing figures as well as those that have belonged to some very famous people. There is also what is thought to be the world's oldest music box made in 1796 by the Swiss watchmaker i Antoine Fabre, thus creating the organic combination of human and mechanical music. 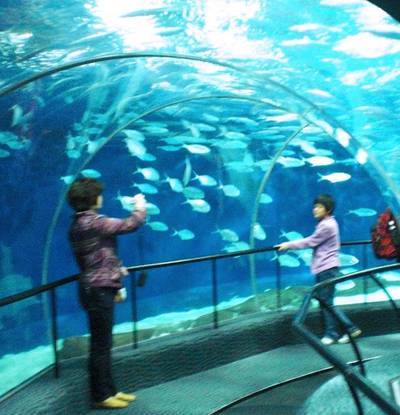 Families with young children and even adults will love this place! Opened in 2002, the Shanghai Ocean Aquarium was designed by Advanced Aquarium Technologies.  The aquarium features a 168-meter (551 ft) tunnel that takes visitors through a coastal reef, open ocean, a kelp cave, shark cove, and a coral reef, and is one of the longest such tunnels in the world. The aquarium takes visitors through several exhibit "zones," including China Zone, South America Zone, Australia Zone, Africa Zone, Southeast Asia Zone, Cold Water Zone, Polar Zone, Sea and Shore, Deep Ocean Zone and Special Exhibitions.

It is also the only aquarium to have a China Zone exhibiting aquatic organisms and ecology of the Yangtze valley as well as some endangered aquatic species in China. Most creatures in this zone are under national protection such as the Chinese sturgeon, mullet, Yangtze alligator and giant salamander.

Tens of thousands of rare fish, including emperor penguins and albino sea basses, are displayed in the other themed exhibition areas. Visitors are allowed to observe these lovely sea creatures during feeding times, and scheduled shows are a big draw for the younger children. The gift shop on the way out offers adorable ocean-themed gifts. 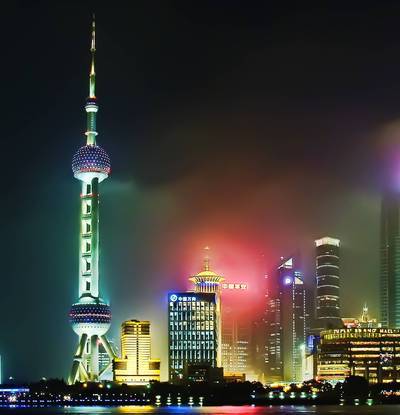 And no visit to Shanghai is complete without a visit to The Bund of course! That impressive skyline so typical of Shanghai.  On the left bank of the waterfront promenade are the old European buildings from Shanghai’s colonial days, and on the right are the skyscrapers that have come to represent Shanghai on postcards and stamps around the world.   Unanimously honored as a "World Architectural Fair", the architecture includes all kinds of tall buildings like the Gothic style, Baroque style, Roman style, Classical style, Renaissance style and the combination of Chinese and Western style.   For a peak Bund experience, visit at sunrise, when pensioners practice tai chi and fly kites in front of the skyline.  A night walk along the Bund is a great way to enjoy the spectacular Shanghai nightscape and may even incite a bit of romance for all.  Or embark on a day or night river cruise to take in the sights and sounds on both side of the Bund. 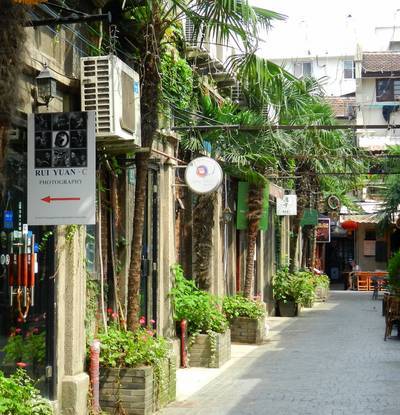 As a former part of the French concession area, Tian Zi Fang is one of Shanghai’s most preserved quarters of Shanghai. The charming small streets and alleyways hide lots of cafes and small shops selling handcrafted goods, making the neighborhood a delightful experience for seeking out souvenirs or Chinese art. The local inhabitants of Tian Zi Fang are very proud of the calming and laid back atmosphere here.

Although prices are relatively higher in this area, you will enjoy the artsy atmosphere and the delightful architecture of Chinese-style Shikumen (stone gate) buildings co-existing with French colonial buildings.

The local inhabitants of Tian Zi Fang are very proud of the calming and laid back atmosphere here.

Tian Zi Fang is located about a mile southwest of Xintiandi, the better-known and classier French-Quarter redevelopment for shopping, gourmet restaurants, and luxury stores. It is a few minutes northeast by taxi. 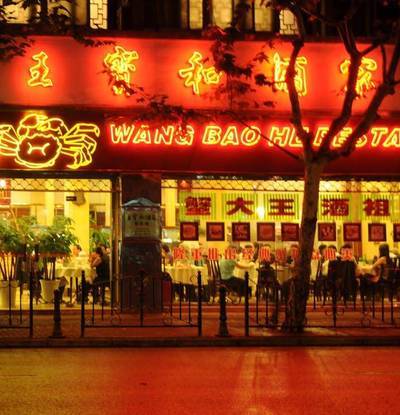 When in Shanghai, there’s two specialty food that one must try.  Of course, there are other equally delicious and must savour specialities as well.  Check out one of Shanghai’s oldest restaurants, Wang Bao He Restaurant known primarily for its multitude of hairy crab dishes including crab tofu, crab and pork xiaolongbao and fried noodles with crabmeat and diced fish.

With a history of more than 250 years, the restaurant is also one of the earliest liquor shops in Shanghai and is also famous for its Wang Bao He Liquor as well. 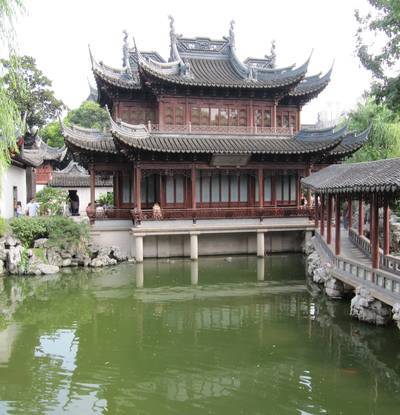 The Yu Yuan Garden is one of Shanghai’s most precious green oasis. Constructed in the 16th century, this green oasis was a private garden of the Pan family in the Ming Dynasty.  The largest and most prestigious garden of its era, Yu Yuan Garden combines all the aspects of a classical Chinese garden – water, architecture, vegetation and rocks, creating a typical South Chinese garden style.

So, if you are looking at spending an hour or two in total tranquility and fabulous photo op; put this garden on your list of must see.  The best time to visit is in spring when the garden is in full bloom and of course, there’s always the souvenir shopping too at the adjacent Yuyuan Bazaar; ideal for tea and local snacks indulgence as well.